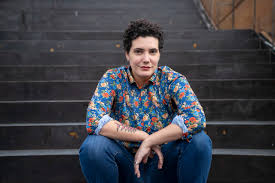 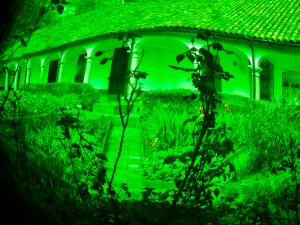 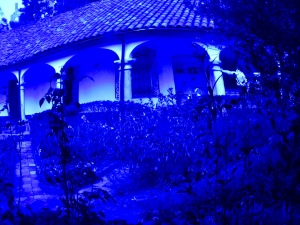 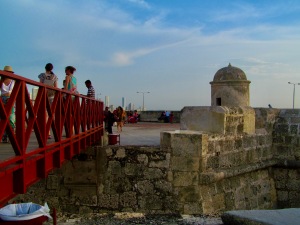 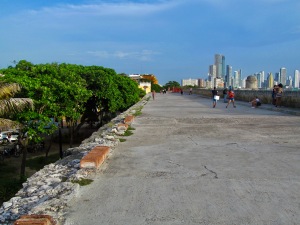 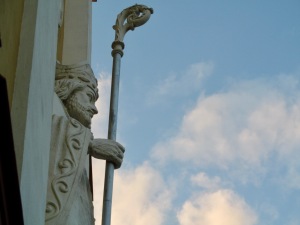 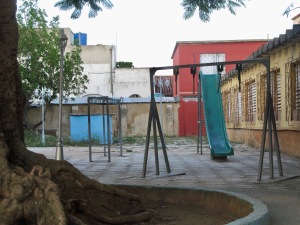 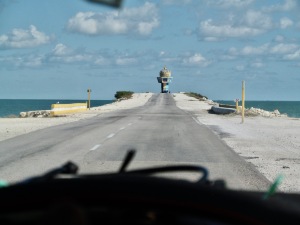 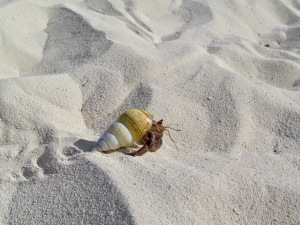 Professor Rojo Robles’ work is a prime example of how writing can influence one’s environment. Thanks to his literary efforts as well as other authors, awareness is being brought to historical events such as the recent protests against corruption in Puerto Rico about the Nuyorican movement, and the performativity of the Afro Latinx identities.  These writings can give a voice and inspire activism within the Puerto Rican and Latinx communities as well.

Do you ever take inspiration from your own life?

It depends on the project, but most times, yes. I have not written an autobiography or a memoir yet but many elements of my life, my family’s history or even anecdotes from friends sneak in. They do it in a disguised or distorted way. For instance, I have a character, Sabatar, that is a veteran. My abuelo is a veteran of the Korean War and I used some things he had mentioned through the years but the character is not a direct representation of him. Sabatar is just slightly inspired by him and his post-traumatic stress disorder after the war. In my most recent book, I wrote a story based to some extent on my experiences teaching in a private school in Brooklyn, but again I used some small needed details to give a sense of truth to the story, but if you read it, it’s not a narration of something that really happened.

How would you say your environment has influenced your writing?

My first novel, The Maladjusted, has many impressions on San Juan and other parts of Puerto Rico and my story collection Escapistas describes Puerto Rico, New York, Los Angeles, and Brooklyn. San Juan is seen in my work as a dark, chaotic but warm and vibrant space that ignites creativity and a lot of interaction and sparks between people. Meanwhile, I portrait New York, Los Angeles, and Brooklyn as a transcultural maze full of adventures but also socio-economic and racial tensions. When younger, I used to write more about abstract, imagined spaces but increasingly I am including more and more of my surroundings and socio-cultural observations.

How have current events in Latinx history influenced your writing?

I’m currently writing a poetry collection inspired by the Nuyorican movement then-and-now. Slowly events such as last summer protests on the island or the humanitarian crisis at the border are finding their way into the texts. The critique on U.S. colonialism, racism and discrimination against Puerto Ricans and Latinx people is stronger than in previous projects. At the same time, I’m celebrating poets, remixing lines and verses from a movement that has thrived against all odds. The poetic and artistic persistence is at the center of my collection.

In terms of my scholarly work, I am also developing a collection of essays on Afro Caribbean and diasporic film that is reflecting on representations of blackness, and the collaboration between African American filmmakers and Caribbean artists. Although this research and perhaps book are in a very early stage, one of my main points is that the relationship between different artistic sectors of the African diaspora has been and continues to be porous and constant, more than most people think.

With the rise in opportunities for Latinos, where do you see the Latino literature movement in regards to the next generation?

If we are talking about the U.S. I am feeling hopeful but the road is long and full of obstacles and white supremacy. The numbers are just slowly increasing from zero percent.

I have observed that many Latinx writers such as Elizabeth Acevedo, Erika L. Sanchez, Torrey Maldonado or Ibi Zoboi, just to name a few, are thriving, finding bigger audiences and publishing houses and winning prizes through the young adult genre. That is very positive. I think that young Latinx, diasporic Caribbeans, and African Americans are feeling more represented and culturally seen and are supporting these writers. Their narratives are very rich (because of the amalgamation of cultures and literary traditions) complex and truthful. Those are elements readers and critics alike are appreciating. Latinx poets have always been at the vanguard of the publishing industry in the U.S. but usually in small or underground presses. That continues to be the case. Latinx Scholars are also finding more ways to publish and present their extremely needed research on Puerto Rico, the Caribbean, Latin America, and its diasporas but the data shows that equality in academia and in U.S cultural fields is very far still.

With Latinx literature being so tied with political and cultural themes, do you view yourself as an activist?

I have always been an independent thinker, artist, and writer but I am not an organizer in the traditional sense nor I belong to a specific organization. Having said that, I have always supported social justice and decolonization and freedom for my country Puerto Rico, for the Caribbean, Latin America and its people. Through the decades, I have participated and supported many marches, rallies, and direct action. Through my pedagogical work and the small platforms that I got, I am always exploring out-of-the-box ways of being political and sustainable and I am more and more invested in the possibilities of using the classroom as a space of liberation.